Search
Home » Advertise » Do you use Google ads or Facebook ads for CPA Offer Promotion?

Do you use Google ads or Facebook ads for CPA Offer Promotion? 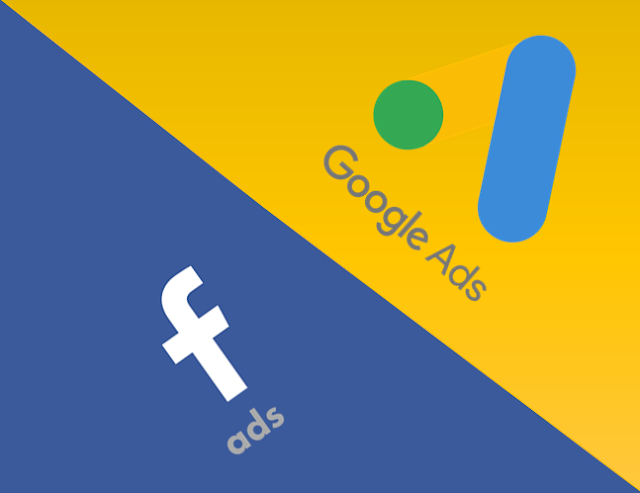 Do I use Google ads or Facebook ads for CPA Offers? You must have heard this question hundreds of times. The newcomers do not stop asking, and the professionals do not stop encouraging their favourite platform.

Google and Facebook have been able to succeed in the advertising world, making them strong supporters. This popularity has created some kind of endless controversy. There is no argument to create it from the ground. Both platforms have their unique features that may work with a project and may fail with another.

The dominant part here is the advertiser's knowledge of the nature of the goal he wants to achieve from the ad, and the target audience he wishes to reach. If you can identify these two points, you can choose the best way between them. In this article, we will not tell you the answer to this question, but we will guide you on the path that will help you discover it yourself.

What are the similarities and differences between Google Adwords and Facebook Ads?

Google and Facebook have similar features that make them professional e-advertising platforms:

It relies on sophisticated techniques that help reach the target audience very accurately.

Let's start with the similarity of the first: both rely on sophisticated techniques, which help reach the target audience very accurately.

This is perfectly true. Both platforms use specialized tools to reach the target audience accurately. But the mechanism of using these tools is what varies from platform to platform. If we focus on Facebook ads, the platform gives the advertiser targeting options ranging from being able to target those closest to the action call from your followers, persuading a new segment of their friends by showing them, or winning the attention of your entire audience by posting General-wide advertising.

Google ads have the advantage of being more precise in targeting the purchasing audience. Google relies on the way its ads appear on user searches, a more specific process of persuading the customer to use interests. I may be interested in and admire the paintings, but I will not pay millions to buy one.

The same thing for those interested in photography and want to learn, in Facebook ads will be a target segment for a person who markets himself as a photographer, but in fact, they are not a target audience, they are potential competitors.

The process of targeting customers in Google ads is primarily related to keywords in the search engine, along with the demographic characteristics of the audience. While targeting in Facebook ads is based primarily on interests, then the user's demographic characteristics, where Facebook is best because it collects this information accurately, because of the data that users share with it because it is a social platform in the first place.

The second point, which is similar to both Facebook and Google, is that both rely on PPC technology. This technique is different in its implementation between the platforms. In Google Ads, the cost is calculated by building the number of clicks on the ad, the number of video views for more than 10 seconds, or opening the advertising emails. As for Facebook, the technique of pay-per-click depends on the type of interaction that a person towards the ad, there are those who click the button, there are those who share the ad and there are those who prefer to mention his friends in the comments, and there is also thanks to watching ads without interaction, Interested in the content of the ad and click on the "See more" option.

Both are cheap compared to the segment they reach. This is the third point shared by Facebook and Google. But both have different pricing. In numbers, Google ads are the most expensive for the cost process. This increase can be justified by the large segment that Google can access, in addition to the strength of competition for keywords used by Google as a basic pricing tool. The more competition for that word the higher the price of the ad. On the other hand, Facebook ads are the least expensive of the latter, it is basically based on the interaction of customers with the advertising campaign, the more your customers interact with the content provided, the lower the price allocated for advertising.

It should be noted here that the recent update in the prices of Facebook campaigns advertising has contributed to the increase in the cost to Arab users, because of the persistence of the platform to deal in dollars, unlike Google ads, which allows dealing in the local currency for users.

The fourth point that is similar to both Facebook and Google ads are their ability to track the target customer efficiently. Let's say something like this:

This happens when you talk to a friend about a topic, and then you open your account on Facebook to find an advertisement for the page or the product mentioned in your talk just recently. The same is true when you open Amazon.com or Souq.com, and then you find your ad on the Facebook platform that does not stop following you in the Newsfeed. This is because Facebook is able to track its users everywhere and collect enough information about their interests, to improve their virtual experience with them, so that the user finds all that concerns him in this platform only.

As for Google ads, his ads also have a great ability to track the target customer, and in more than one ad channel also.

The point at which Facebook and Google are similar is that their platforms are constantly being developed. But this point represents a positive point for one, and a negative point on the other. Google's advertising platform, updated constantly but consistently. Updates do not affect the running of current ads, and do not occur in a sudden manner that could cost the advertiser large amounts of money.

Which platform is better?

As I have seen, there is no final answer to this question. Some may go to Google ads because of the problems that advertisers have faced recently with Facebook Policy, but as usual Facebook is always back to the scene developed from its methods and renew them.

The idea here is to use a platform that will stimulate your marketing plan to succeed, and not be used exclusively. There is no requirement in your business that you should use one platform!