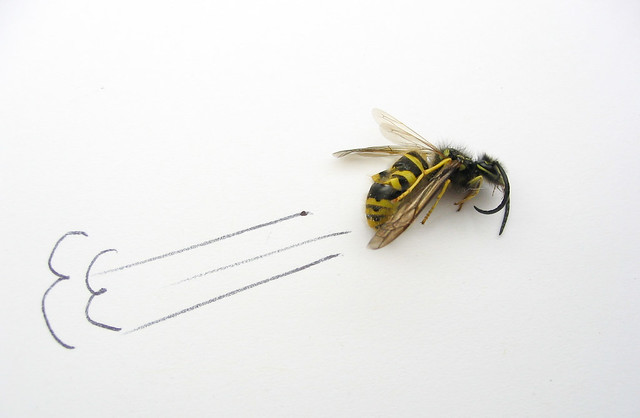 And unless you've been living on the moon for the past five days, I'm sure you've also seen the headline that's been sweeping the nation, Murder hornets and their invasion, here in America.

Well guys, I gotta tell you, murder hornets are not going to invade America. What I'm gonna do now is, answer 10 of the most asked questions that have been coming in through the social media feeds.

We're gonna address whether or not these hornets are gonna show up, what exactly a murder hornet is and whether or not you truly need to be afraid of these seemingly terrifying creatures.

So, you guys ready? Here we go.

What is a murder hornet?


Well, first of all the term murder hornet was just created by the media to invoke fear in the public. There is no such thing as a murder hornet and there is not any hornet species that is going to murder humans, so to speak.

What they are scientifically known as is, Asian giant hornets.

You guys saw me stung by something known as the Japanese giant hornet in 2018 and that is one of the world's largest Asian hornet species.

They're multiple subspecies and the one that showed up in the Pacific Northwest is an Asian hornet of some sort, but that does not mean that there is an outbreak of these insects they're about to take over the US.

How big they are?


Well, given their name, giant hornets, they're really big. In fact, most of the largest species measure close to two inches in length with a three-inch wingspan.

In Japan, they refer to the Japanese giant hornet as, the great sparrow bird. This is because the insect is so large, it resembles a bird when it's flying through the air.

In fact, their so loud it almost sounds like an Apache helicopter is getting ready to land, if one flies by you.

So trust me, you're gonna hear it far before you see it coming.

How did they get here?


Well first of all, let's not use the term, they. Thus far, we have a single individual that has been found and keep in mind, it was also dead, which means it's not
going to be reproducing.

It didn't just get here on its own.

A hornet like that cannot fly all the way across the ocean and end up in the United States.

That is physically impossible.

The animal would have exhausted itself, died and fallen into the ocean, far before it made landfall. The way that it likely got here was on a cargo ship.

This is one way that a lot of invasive species end up on our soil.

They stow away on a boat, once the boat docks, it realizes it's on land, it escapes the boat, and low and behold, it's out there in the environment for us humans here in the United States to encounter.

So, that is likely how this hornet ended up in the Pacific Northwest.

How many are here now?


To be honest with you, I am not sure. Is there more than one? Possibly.

Entomologists are, specifically, working on this topic now in the Pacific Northwest to determine whether or not, a nest and a colony has formed. If that is the case, once they find it, it will be eradicated and it is unlikely the spread of the hornets will go any further than that.

So, the concept of them moving from Washington to New York City in the next 18 months, completely unlikely.

How painful is the sting?


Second most painful insect sting in the world, according to media. The pain is excruciating, it feels like someone has shoved a red-hot poker into your arm and does not remove it for close to six hours.

After I was stung, my arm had swollen up to nearly twice it's original size and I was in intense pain for almost 36 hours.

Trust me, it is not something you want to get stung by.

Also keep in mind, it is only the second most painful sting.

The most painful sting goes to the true king, the execution wasp. Trust me, you don't want to be stung by that one either.

How potent is the venom?


Well, it's quite potent. Keep this in mind, a larger insect is going to have a larger venom yield, that means, a single two-inch hornet is going to inject more venom in its sting than something like your typical backyard hornet.

So, it is a very potent sting, just a single sting, alone, is more than a single human would ever want to handle. But several stings, let's say, 20 to 30, could potentially kill a human. But death usually occurs as a secondary allergic reaction.

So, it's not so much the stings as much as it is, being allergic to the insect's venom.

Will the giant hornet sting me for no reason?


No, these hornets will not sting unless provoked and by provoked I mean, if you tried to catch, tried to kill or tried to spray one of these creatures with an insecticide.

Just like all hornets and wasps, if they feel threatened they will attack.

Now, a single hornet is likely to just leave you alone. If you accidentally stumble upon a nest and disturb it that is how you get swarmed and that is the worst-case scenario that, hopefully, none of us will ever have to deal with.

Who needs to be afraid?


Honestly, nobody. Nobody that's human, that is.

Now, beekeepers, definitely, need to be aware because it's the bees that do need to fear the hornets.

Specifically, European honeybees because they have not yet evolved to a state where they are capable of forming a defense against these hornet's attack.

What the hornets will do, is come in and decimate an entire colony by stinging and decapitating all the worker bees, they work their way in, eventually kill the queen and then they eat all of the larva.

Now, Asian honeybee species have worked out a way, through evolution, to create a defense against giant hornets. They will form something known as a, bee ball.

Where they will surround a single hornet, beat their wings as fast as they can and raise that hornet's body temperature to the point where, essentially, they cook it.

However, European honeybees have not figured out how to do this, yet. Which means, if giant hornets did become a stronghold here in the United States, beekeepers would, definitely, need to try to protect their colonies from these hornets.

The biggest threat is that the hornets would come in and wipe out our honeybees.

What should I do if I see one of these hornets?

If you can, from a safe distance, get a photograph. Verifying the species identification is the most important thing we can do right now.

Take that information and provide it to your local Fish and Wildlife Department.

They can help you properly identify the species and then they will get in touch with entomologists that can come out into your area and determine whether or not there is a hive or colony that has taken root, in an area near you.

Is the hype real?

To be honest, I would say it's very unlikely.

Even if a colony has established itself in the Pacific Northwest, entomologists are gonna track it down and destroy it long before the hornets are going to spread from Washington, clear across to New York.

I'm so confident in saying that, that I would come out of sting retirement and get stung by one, if it was here in the United States.

I'm not coming out of sting retirement, see, this is how things get out of control in the media.

It is all hype, what I'm saying is that your odds of being swarmed, let alone stung, by giant hornets this summer is virtually impossible. Which means, head out enjoy your picnics, you are not going to be running into giant man-eating hornets.

We'll see you on the next adventure.