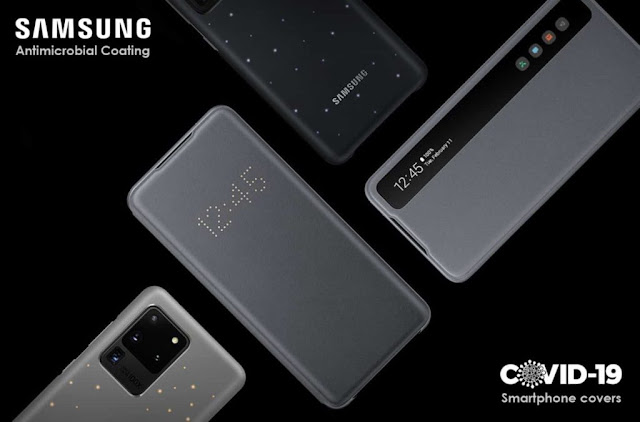 The Coronavirus threat continues to exist worldwide, and Samsung is launching a new "antimicrobial coating" that will be applied over the company's cases. This coating has been shown to be effective against the virus.

For those who don't know, antimicrobial coating is used to fight and eradicate strains of viruses or particles and bacteria on a given surface. At present, the world is facing a viral pandemic, with the Coronavirus strain being highly contagious and easy to spread. As it survives on certain surfaces, it can be easily transmitted through touch. Here are Samsung's new cases, as the antimicrobial coating will prevent such particles from remaining on the surface of the case.

If there is no vaccine yet, prevention and prophylaxis is the best method against the virus. Thus, it is estimated that such steps are very positive, since smartphones generally become the focus of many bacteria due to the constant interaction with this piece of technology. The new coating will ensure that even bacteria will not stick.

South Korea's tech giant has filed a patent for the "antimicrobial coating" on June 30 in several countries. In addition, the release of the upcoming Galaxy Note 20 series could be the perfect time to release such protective cases. However, it is still too early to say when they will be released.